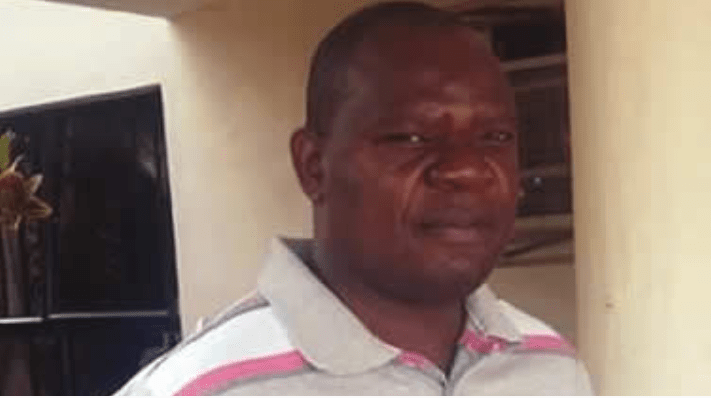 The former chairman of Akure North Local Government Area, Ondo State, Mr Dele Fagoriola, who was abducted on his farm and released recently, has narrated his ordeal in the hands of his kidnappers.

Where were you abducted?

I was abducted on my farm. It is located at Kilometre 3, Akure-Ado Expressway in Iju town in the Akure North LGA of the state.

How were you abducted?

On that day around 3pm, I went to the farm to inspect the work of my workers. After I parked my car, I was trekking to the farm when some people emerged suddenly from the bush. When I saw them, I attempted to run because I saw them holding cutlasses, not knowing that they also had guns.

They moved closer to me, corked their guns and that was how I surrendered. I could not do anything because they could kill me. They asked me to move and I began to follow them into a nearby bush. For over three hours, we were trekking in the bush. Later, we got to a mountain and they took me to the top of the mountain. That was where I was kept for three days and where they were making contacts with members of my family.

How was the experience at the kidnappers’ den?

It was a terrible experience. I was thoroughly beaten. They used machetes on me. I had cuts all over my body. It was a hell in their den. For the three days I was there, I was close to death.

Did they beat you because you refused to cooperate with them?

No, I was not stubborn to them. I don’t know why they did that to me; maybe they thought I would not cooperate with them because I initially wanted to run. They used cutlasses on me and one of my fingers was almost cut off. It was a terrible experience.

Can you describe their hideout?

Yes, their hideout was on a mountain top; it was an open place. There is no house, not even a hut. I slept on the bare floor. I don’t think they are professional kidnappers; they are herdsmen. The way they behaved and communicated, it was as if they herd cows.

What did they feed you with for three days?

I was not given anything to eat. They did not give me even water. I was there for three days without food and water.

How were you set free?

I was released after a ransom was paid.

How much did your family pay as ransom?

Were you the only person abducted?

I was the only one on the day I was abducted but thereafter, about five persons were also kidnapped and brought to their hideout.

Two suspected kidnappers were arrested by the police. Are the suspects among those who kidnapped you?

They are seven and I can recognise all of them if I see them anywhere. The two that were arrested were members of the gang that abducted me; I know them very well. Incidentally, they were arrested by the police on the farm where I was kidnapped. On the day they were arrested, I was going to the farm and the two were coming from the farm. I guess what they were trying to do was to survey the road (Akure-Ado Ekiti Expressway) to know where the police checkpoints were located so that they could communicate with other members of the gang.

How were you able to identify them?

When they kidnapped me on the farm, they were masked but when we got to their den on the mountain top, they started chatting among themselves. At that time, they became relaxed and they removed their masks. When we settled the ransom and they took me out of the location, they also felt relaxed. At that point, they were a bit friendly and chatted with me, especially as we had settled the issue of ransom. At that point too, they were also not masked; so, I could identify all of them if I see them.

Mr Dele Fagoriola,an ex- Chairman, Akure North Local Government Area, Ondo State, who was kidnapped his farm a while back, has narrated his ordeal in the kidnappers’ den. Read below;

They told me that the place was the other side of life. I told them I am a farmer and they said it is only the rich men engage in farming in Nigeria. They said the rich men diversify into other business areas to make more money.

How did they collect the ransom?

They asked me whether my brother, who brought the ransom, knew the exact place where I was kidnapped and I said yes. They said he should come to the place with the money and that they would be directing him on the phone. It took my brother about three hours to get to them because my farm is about three kilometres to the expressway. They have their own technique when they want to collect ransom. They surveyed the road to ensure that the person bringing the ransom was not being accompanied by the police or anybody.

My brother could not see them but they were seeing him as they were only talking on the telephone. Later, he dropped the money where he was asked to leave it.

YOU MAY ALSO LIKE: How Ekiti will spend N129.9bn – Fayemi

What was their language of communication?

They spoke Hausa fluently but only one of them understands Yoruba. The one speaking Yoruba spoke in Ilorin dialect and he was the one who spoke with my family and made negotiation for ransom.

Don’t you think they have a link with some people in the community who give them information?

I don’t doubt that because one of them told me that when I left home, they got a phone call from someone in the area who told them where I was going. I guess they may have agents or informants in the town who work for them.