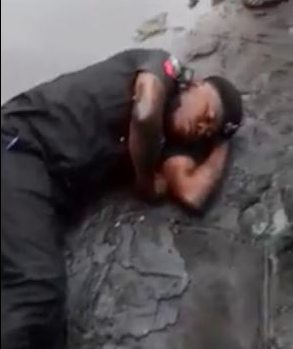 Samuel was found dead in a pit, along Ekwuoma road, near Owerri-Olubor, Ika North East L.G.A.

According to The Nation, the decomposing body was found Monday night, attached to 22 Police Mobile Force (PMF),Lagos.

It remains unclear how the deceased ended up in a pit after he left his Dominion Estate home, at Iyana – Iyesi Ogun State on 13 September 2018,

A source told The Nation gathered that the wife of the deceased, Joy, reportedly told family members that her husband left without informing her.

Joel Obuseh, a relative then lodged a complaint that the deceased dropped by his home en-route Ubulu-Uku on September 14 at about 1.00 a.m.

A search party was organised by the deceased’s wife on September 20th after receiving information that her husband was seen in Delta State.

A search revealed the victim in a pit.

A police source confirmed that the remains was discovered “without external injuries on the body”.

The corpse has been deposited at a mortuary for autopsy while investigation is ongoing, the source added.