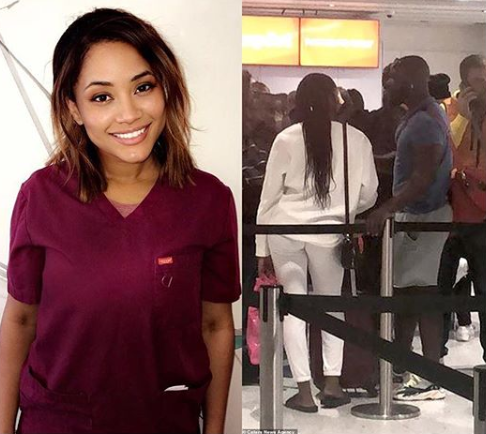 A 26-year-old has been arrested at Gatwick Airport after he stole his girlfriend’s credit card details to fund a romantic getaway to Paris with another woman,

The man Michael Fehsenfeld, according to The Mirror used Angel Exford’s card to buy Sky subscriptions, hotels, flowers and the trip to France in the space of weeks.

He was nabbed at the West Sussex airport in October when he and his girlfriend were about to board the flight. But the fraudster was spared immediate jail at Camberwell Green Magistrates Court.

The duo dated for a few months before their relationship ended in September. Before they ended the relationship while on a date, the young man  claimed he had lost his wallet so she gave him her purse to pay for their meal. .

He used the chance to take her card details and after blocking her on social media, money started to mysteriously leave her account.

He was sentenced to 26-week in jail, suspended for two years, and 150-hour supervised community service, however, she shamed Fehsenfeld by publicly exposing him on social media.

The 29-year-old, of Lambeth, south London, said: “We nicknamed him ‘fraudbae’ and made sure we had all the evidence.