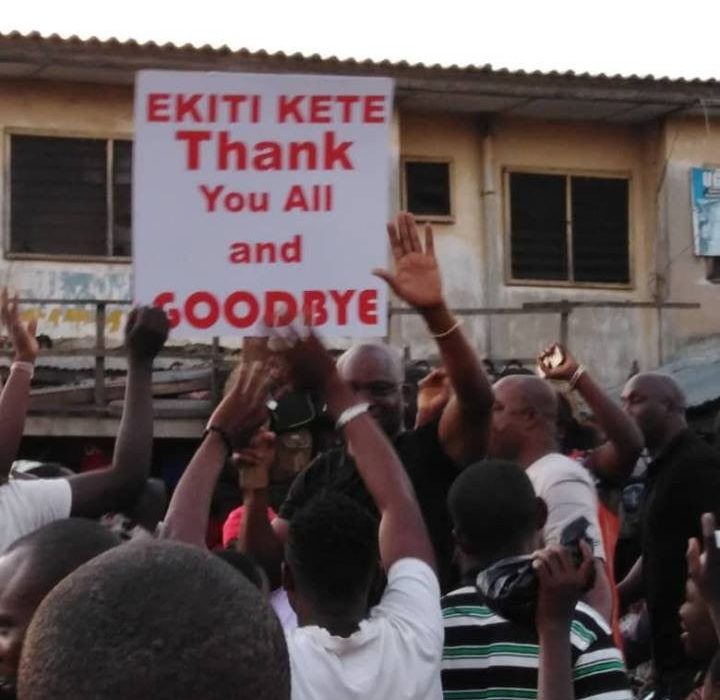 Ayodele Fayose, the outgoing Ekiti State Governor, has promised to always be with the people.

Bading his final goodbye to the people, Fayose also urged them to trust in God for a better future for him and the state.

The governor said this during a thanksgiving service held in his honour at the Government House chapel on Sunday morning, after which he traveled out of the state.

Punch reports that,as Fayose left the state on Sunday afternoon, residents trooped out, hailing him in an emotional farewell.

Tears rolled down the cheeks of many who lined up the streets to bid him farewell en route the Akure Airport, Ondo State, where he had to catch a flight.

The second term of the governor ends midnight of Monday, while he has a date to keep with the Economic and Financial Crimes Commission on Tuesday by 1.00 pm.

Earlier at a thanksgiving held in his honour at the Government’s House chapel, Fayose, in an emotion laden voice, thanked the people for their support while he was in office.

He told the people that he would always be with them, urging them to trust in God for a better future for him and the state.