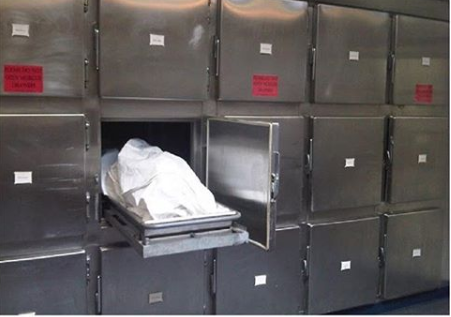 Richard Kofi Jordan,the General Secretary of mortuary workers Union, has warned Ghanaians to postpone their deaths until their strike action is called off.

“Those who intend to die during that period should wait when mortuary men are back to work they die. Simple” he sounded a word of caution, indicating that their planned strike action will go on as planned unless government heeds to their concerns.

According to the aggrieved morticians, they are exposed to several diseases in view of the dead bodies and chemicals they come into contact with but each time they raise concerns, the government appears to be dragging its feet.