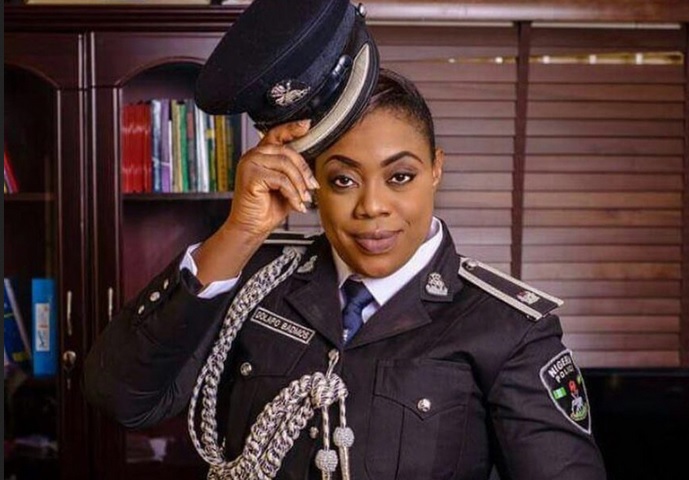 CSP Dolapo Badmos, the Police Public Relations Officer Zone 2 Command has reacted to reacted to news about her boss being a corrupt leader.

Badmus released an official statement in response to allegations made by a businessman accusing the Zone 2 AIG, Ibrahim Adamu and his men of corruption.

‘the attention of Zone 2 Command has been drawn to a publication in the dailies of Monday 24th September, 2018 with a caption “Businessman sends SOS to PSC Chairman, IGP over Police extortion” the body of the story which indicates that the petitioner one Mr Peter Alex Nwoseh accused the Assistant Inspector General of Police in-charge of Zone 2 Command, AIG IBRAHIM ADAMU and his men SP TIJANI & INSPECTOR SEGUN of Corrupt Practices, Willful Subversion of Justice and Extortion of N500,000′.

She went on to say, ‘the Command wishes to state that the allegation is not only false and baseless, it is also a fallacy concocted by the petitioner to bring the image of the Command, its AIG and officers to disrepute. We would have treated the allegation as figment of the petitioner’s imagination and let it slip but for the members of the public especially within Lagos and Ogun that holds the Command in high esteem. It is pertinent for the Command to state it’s own  side of the story’.

On the 9th of August, 2018 the Command received a petition from one Chief Isiaka Lamina Akiona against Mr Bamidele Akiniran, Idowu Akiniran and Mr Peter Alex Nwoseh (their agent)

In the petition, it was alleged that the three persons BAMIDELE AKINIRAN, IDOWU AKINIRAN With the aid of one PETER ALEX NWOSEH forcefully entered the petitioner’s land and maliciously damaged the gate and carted away building materials worth fifty million Naira(N50,000,000) only.

On the receipt of petition, the AIG directed SP Tijani and Team to investigate the allegation. Investigation revealed that the suspects took Law into their hands by forcefully entering into the petitioner’s land and maliciously by damaging the gate and carted away the building materials worth Fifty Million Naira.

Upon thorough investigation the  suspects were  arrested and charged to court for offences of Conspiracy, Stealing, Malicious Damage and Conduct Likely to Cause Breach of Peace.

The questions raised here are:(a)  At what time was money demanded from the suspect?(b)  What was the money meant for? (c)  At what point was the money given? (d)  Can the petitioner provide the evidence that the money was given?.

The Command wishes to state that no amount of blackmail from suspects at conflict with law will deter it from carrying out its constitutional duty as we are aware that suspects that could not pervert the course of justice will always look for a way to blackmail investigators. We hereby implore the general public to ignore this spurious allegation and treat it as a wolf cry.